Two weeks back I posted about being gifted with a large photo collection from a former member of the San Diego Chargers Backers.  I have since been scanning, cropping, identifying, and labeling many of the photos.  Once I have completed this process, within the next couple of weeks, I will be interviewing this gentleman and then putting the final touches on a photo gallery for this site.  In the meantime, I wanted to share a small handful of the images that I have found.  They are all connected to the AFL Chargers, either directly, or distantly, and I have found them to be very enjoyable. 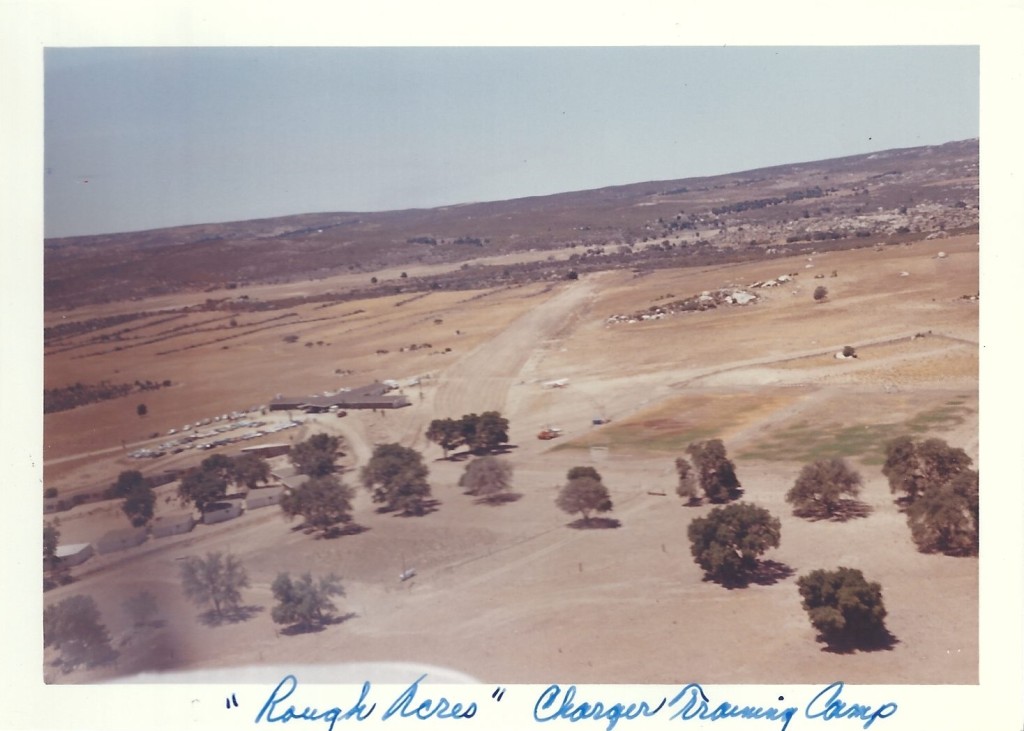 The Rough Acres Ranch – In 1963, the San Diego Chargers trained at the now infamous Rough Acres Ranch, in Boulevard, California.  Very, very few photos exist from that camp, and I have never before seen anything in color.  This image, along with a few more, were included in the collection.   The Chargers Backer was a pilot of sorts (I still need to get the full story), and flew small planes.  This photo of the Rough Acres Ranch was taken from the air on Chargers Backers Day at the Chargers camp.  The main structure was where the players took their meals, had meetings, and spent some of their free time.  The Quonset huts in which they stayed can be seen in the distance to the right, and the playing “fields” can be seen as well. 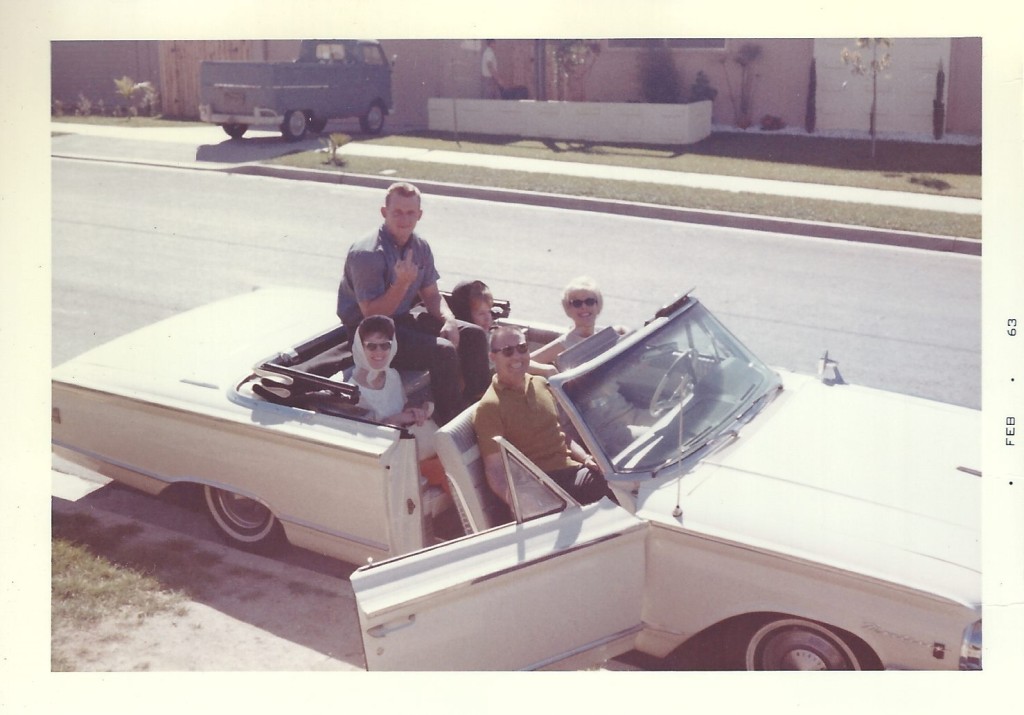 Jacque MacKinnon was a good friend, and is featured in many photographs – at Thanksgiving Dinner, picking up the kids from school, assisting in building a fence in the backyard, and here, telling the photographer that he was #1! 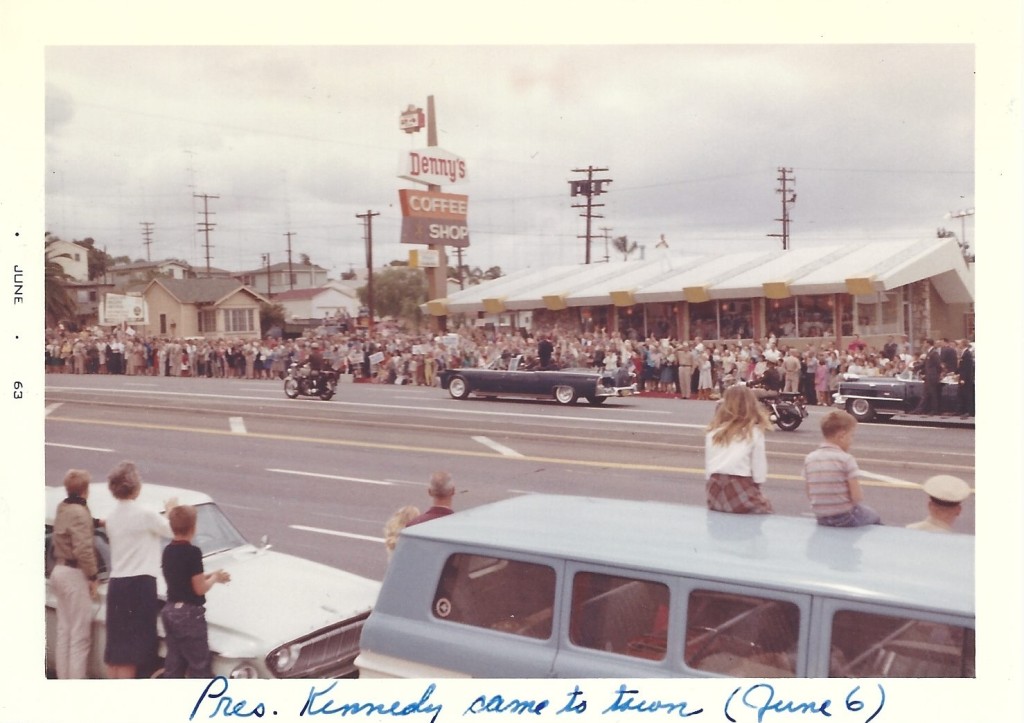 In June 1963, President John F. Kennedy came to San Diego and gave the commencement speech at the San Diego State College (now University) graduation.  Our photographer, his family, and that of Chargers’ coach Hugh “Bones” Taylor, went to watch the motorcade drive through town. 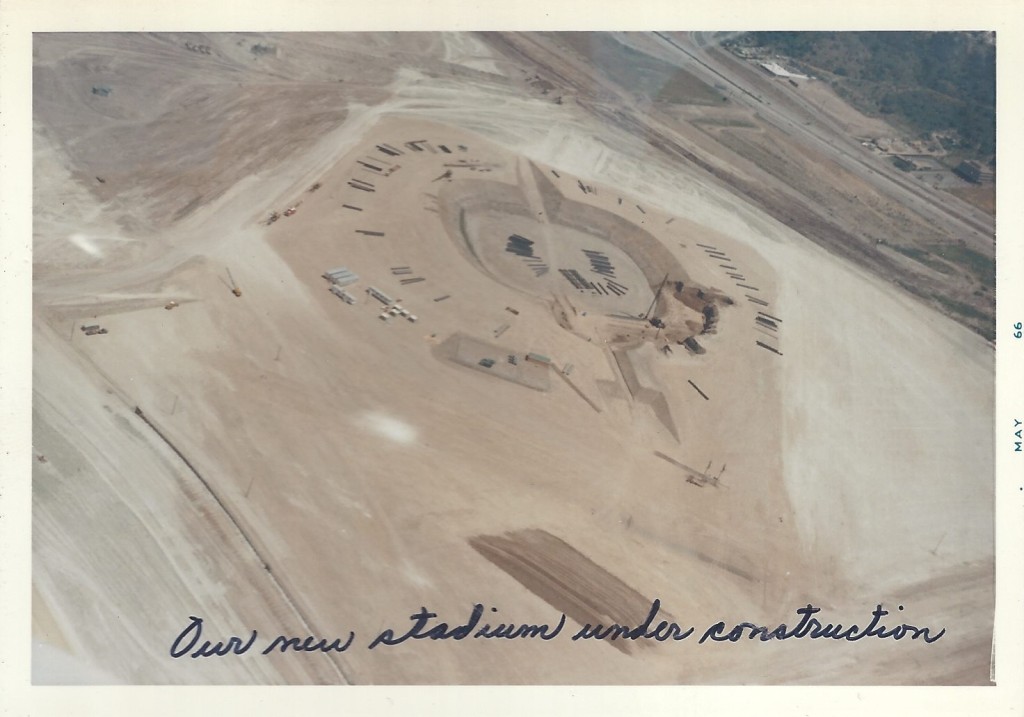 Again, the ability to fly makes for great and historic photos.  This was the site of what is now Qualcomm Stadium, in May 1966.  Mission Valley was just farmland at the time. 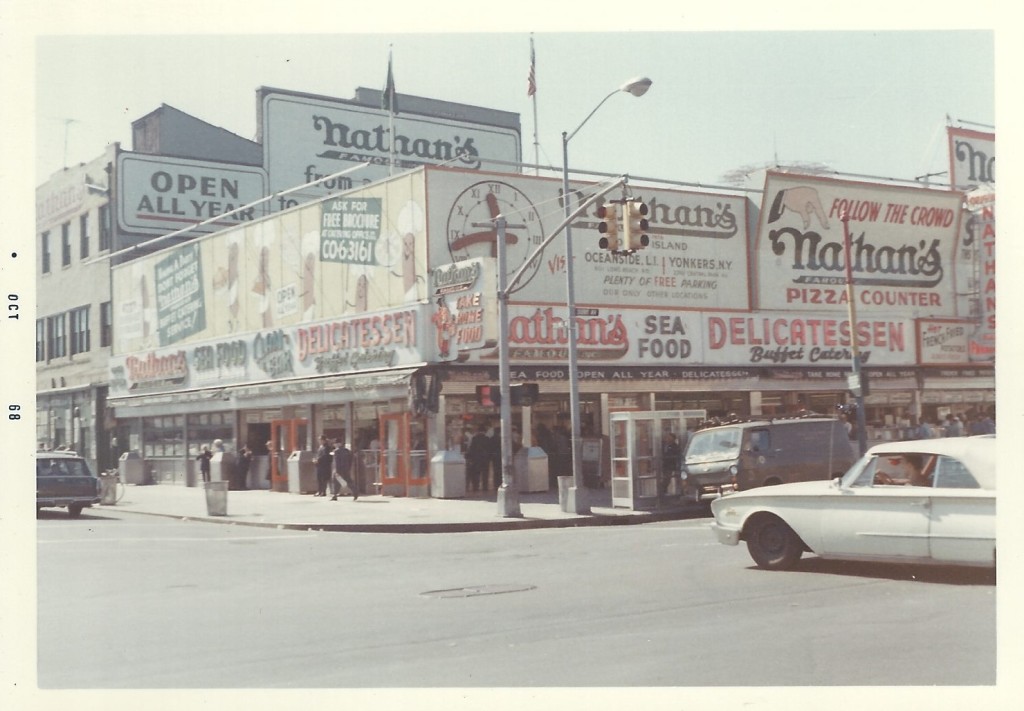 In October 1968, the Chargers travelled to New York to play Joe Namath and the Jets.  Several of the Chargers Backers went along for the trip.  Here is the famed Nathan’s Hot Dogs of Coney Island, as it would have looked some 45 years ago.

As I said, this is just a sample of the photos in the collection.  I think AFL fans will really enjoy the entire gallery when it is complete.  I know that I will!!