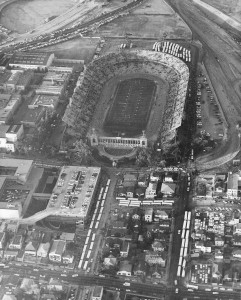 Balboa Stadium, on the campus of San Diego High School, was built as part of the 1915 Panama-California Exposition, which was held in nearby Balboa Park.  The stadium officially opened on May 31, 1915, and was originally called City Stadium, a name that stuck through 1939.  Fans had wanted a flashier name for the stadium, and “Balboa” stuck after ’39.  In addition to the sporting events that were tied to the high school, Balboa Stadium hosted civic events, concerts, midget auto racing, barnstorming baseball tours, semi-professional football games and countless other public displays.  Some of the highlights included a speech by President Woodrow Wilson, a celebratory event honoring Charles Lindbergh, Babe Ruth and Lou Gehrig visiting during their famed 1927 barnstorming tour, and concerts by The Beatles and Jimi Hendrix.

As part of the deal that brought the Chargers to San Diego from Los Angeles, an 11,000-seat upper deck was added to Balboa Stadium, bringing the seating capacity to roughly 33,500.  Apropos of the times, many of the Chargers players found off-season work as laborers on the stadium expansion.  The Chargers called Balboa Stadium their home from 1961-1966, before moving to the new San Diego Stadium in Mission Valley.

The original stadium was demolished in 1978, after it failed to meet California’s earthquake standards.  All of the beautiful architectural features were removed and not replaced.  The seating area that was rebuilt holds just a fraction of the capacity from the Chargers time. 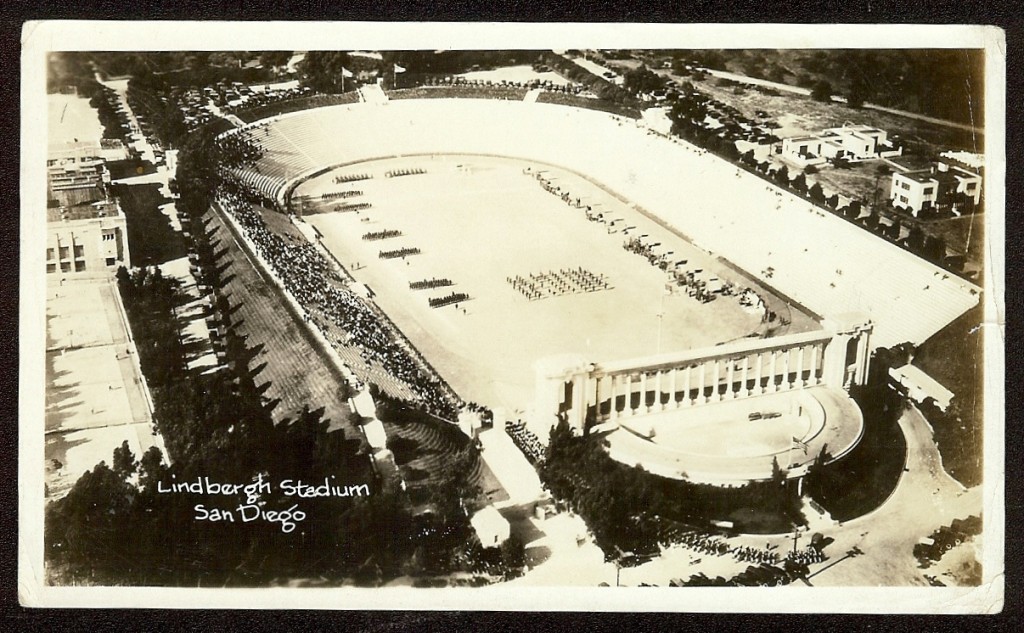 Though labeled as such here, Balboa Stadium was never referred to as "Lindbergh Stadium."