Yesterday I posted a 45-year-old interview piece with former Chargers tackle, Terry Owens.  In the article, Owens commented about how Denver broncos defensive end, Pete Duranko, had been blustering and calling him names once during a game.

The article below comes from the August 18, 1967, program from a preseason game between the Broncos and Minnesota Vikings.   The article talks about the Broncos new crop of linebackers, of which Duranko was one, though he ultimately settled in at defensive end, as the article noted was a possibility.

Sadly, Pete Duranko passed away in 2011, after a long battle with ALS, more commonly known as Lou Gehrig’s disease.  You can read an obituary HERE. 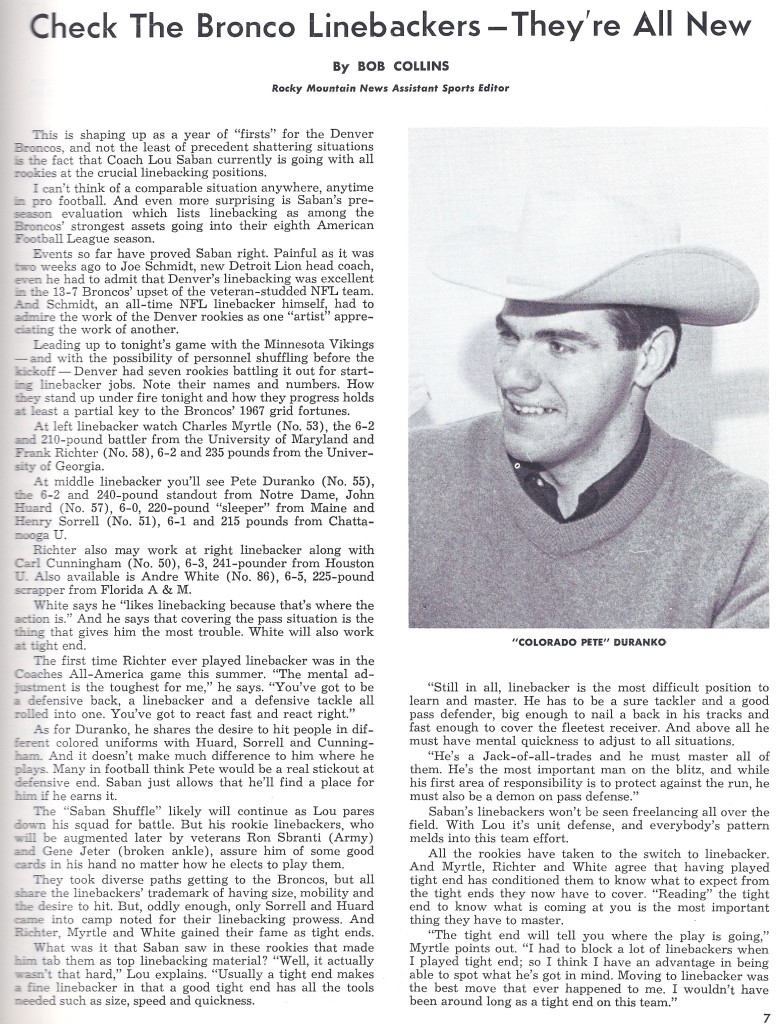