My least favorite part of writing Tales from the AFL posts is when I pass along the information on a recently-deceased player.  Sadly, four former AFL’ers passed away during my Summer hiatus, and I would be negligent if I did not inform our readers about them.  Three were members of original AFL teams, while the fourth played in the era after an agreement had been made to merge the leagues.

I never met Bob McNamara, but I spoke several times with Goose Gonsoulin, and had met Powell and Staggs on many occasions, and I can say in all honesty that we have lost some great men.  Rest well, gentlemen, and thank you for the joy that you brought us on the gridiron. 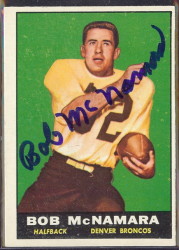 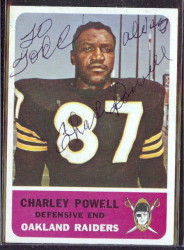 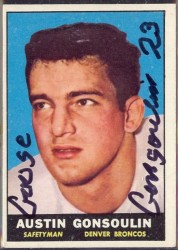 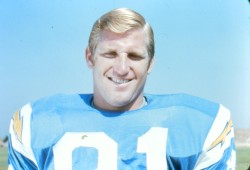