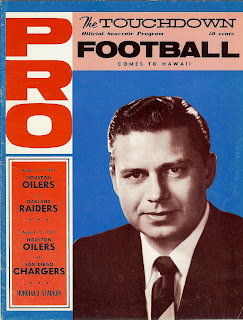 The middle of August in 1961, found the San Diego Chargers on the Hawaiian island of Honolulu, “preparing” for a preseason game against the Houston Oilers.  Bud Adams, the owner of the Oilers, thought the games (the Oilers played the Raiders the week before, also in Hawaii) were a great opportunity to promote the AFL, because it was the first time that a professional football team had trained outside of the continental U.S.
The event was of interest for a few reasons other than simply the location.  First, it was a rematch between the two teams that had battled in the initial AFL championship game the season before.  The Oilers had beaten the then-Los Angeles Chargers by a score of 24-16 in Houston’s Jeppesen Stadium. 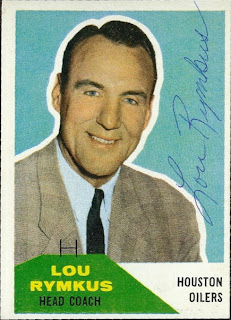 Secondly, the head coaches of the two teams, Lou Rymkus of the Oilers and Sid Gillman of the Chargers, hated each other, and had nearly come to blows when the coached together with the Los Angeles Rams in the late 1950s.All pro football games are hard-fought, but the battles between the Chargers and Oilers in 1960 and 1961 were particularly fierce. 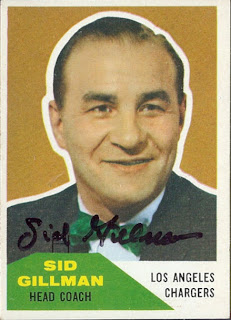 Lastly, this was the first trip to Hawaii for most of the players on both teams.  As a result, any time not being spent on football was instead spent on having a good time.  Chargers defensive back, Bob Zeman, recalled the trip in an interview a few years back… 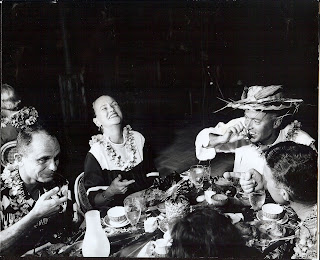 Well, that was quite a trip.  We were supposed to be there longer, but the plane broke down in San Diego, so we got delayed a day or two.  We went over there for about three days, I think.  We went surfing and stuff.  Guys were drinking mai-tais and we stayed a day after the game.  I remember that when Don Norton got on the plane, he had a lei around his neck and shorts on.  In those days you dressed up when you flew.  Anyhow, the players and coaches sat together, so his seat was next to our defensive coordinator, Chuck Noll.  Anyhow, Chuck Noll looked at him and just gave him a dirty look.  In those days, after practice we used to go watch the Three Stooges.  You know how they poked each other in the eye with the two fingers?  Well, Chuck had been looking at Norton, and finally Norton stuck his hand out and gave Chuck three jabs in the eyes with his two fingers.  Just like the Three Stooges would do.  We were all sitting around watching that.  Of course Chuck was pretty straight and he didn’t appreciate that.  But we went surfing over there.  It was the first time I had been surfing.  Jack Kemp, he was a West Coast guy and we went out on surfboards.  I met this Hawaiian hula dancer.  She came back over to the States.  I invited her over that year and we got engaged.  Barron Hilton really liked her and was going to buy the ring for us if we got married.  But it didn’t work out.  Good thing for her. 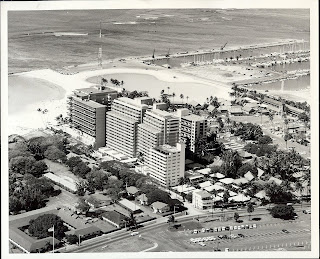