The Chargers Honor their 1963 Team

The Chargers Honor their 1963 Team

This past weekend, the San Diego Chargers honored their 1963 championship squad by inducting the entire team into their Ring of Honor.  I was invited to attend the pre-game alumni lunch and the game, and while I couldn’t stay for the entire game (we were hosting my daughter’s sixth birthday party that afternoon), on Sunday morning my son and I went down to the stadium.

From 10:30-12:30, the Chargers hosted an outdoor lunch for alumni, their families, and a handful of friends.  I have attended this event several times, and it is always nice to see old teammates get together and hang out with each other, in some instances, for the first time in decades.  This day was no different, and it was especially great to see George Blair, Chuck Allen, Bud Whitehead, Earl Faison and Don Rogers, all of whom travelled long distances to be in attendance.  Their obvious enjoyment of being together and celebrating their accomplishments of five decades ago illustrated just how much their “Chargers days” still mean to these men.

I have to admit that at least for myself, there was also a bit of sadness surrounding the day.  Many member of the 1963 Chargers are no longer with us, and since the AFL’s 50th anniversary in 2009, which was the last time that many of these guys got together, we have lost Sam DeLuca, Walt Sweeney, Dave Kocourek, Pat Shea, Wayne Frazier and Sam Gruneisen from that championship team.

The Chargers have posted a story and video of the ceremony to their website, which can be found HERE.  There is a video summarizing their 1963 season, and linebacker Chuck Allen accepts the Ring of Honor induction on behalf of his teammates. 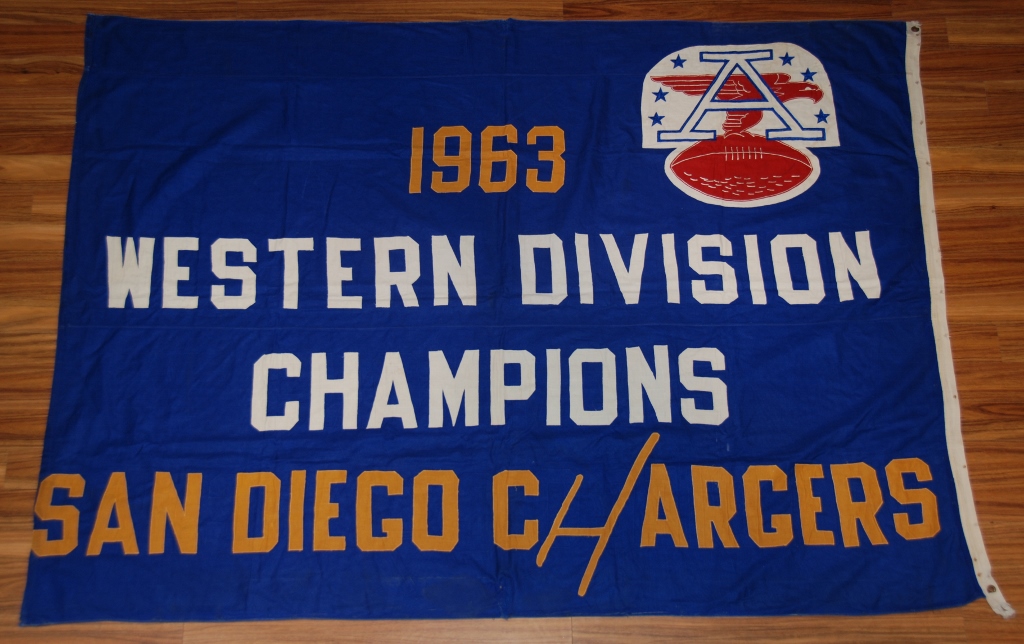