The Men Behind the Jets

The Men Behind the Jets 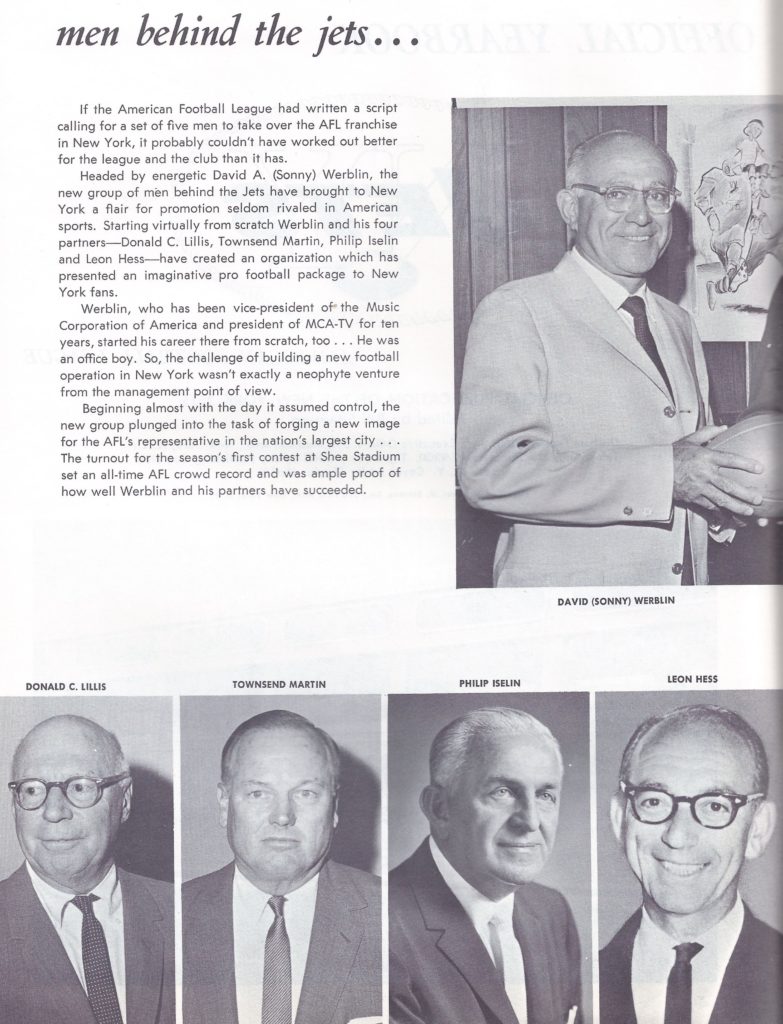 Much is said about Joe Namath and his $427,000 rookie contract, and rightfully so.  Namath hit the professional football scene like nothing that had come before him.  Frail knees and all, Namath had the Jets winning soon after his arrival.  But the Jets, formerly the Titans, had begun a complete revamping of the organization two years prior to Namath’s arrival.  The man behind all of the change?  I’m not talking about Weeb Ewbank, although he certainly contributed.  But the leader of the revolution, the man who signed the checks, was new owner, David A. “Sonny” Werblin.  This page from the New York Jets’ 1964 Team Yearbook shows the ownership group that pulled the franchise from the penniless hands of Harry Wismer, who founded the Titans in 1959.