The Oakland Raiders Biletnikoff and Wells

The Oakland Raiders Biletnikoff and Wells

I’ve always liked old team yearbooks for the photos and tons of information jammed into their pages.  The image below comes from a page in the 1968 Oakland Raiders yearbook, which I was reading through this evening.  Knowing full-well that the Raiders won the AFL championship in 1967, and that they had a strong vertical passing attack, it comes as no surprise that Fred Biletnikoff and Warren Wells would put up big numbers, but wow!  Take a look… 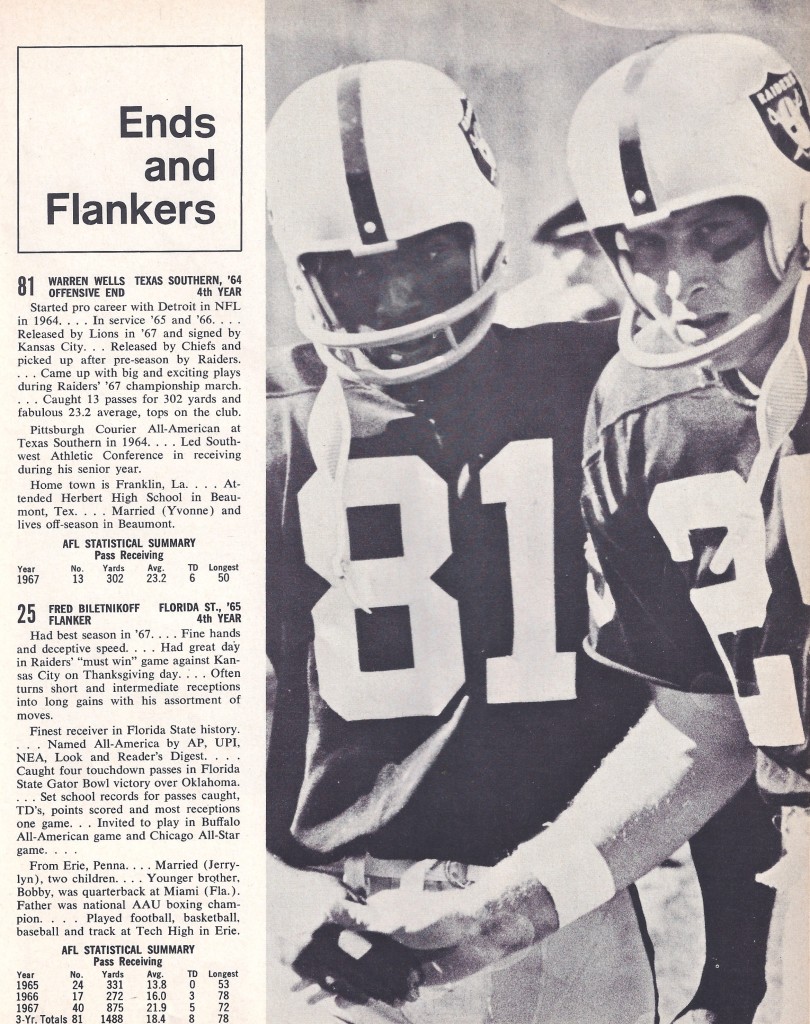 Ironically, both Raiders stars were also drafted by the NFL’s Detroit Lions.  Wells signed with Detroit in 1964, but saw only limited action in nine games.  The Selective Service drafted Wells, and he spent the next two years in the Army at the height of the Vietnam War.  Upon his return to football in 1967, Wells bounced from Detroit to the Kansas City Chiefs before finally sticking with the Raiders in 1967.  He went on to have four exceptionally productive seasons before issues off the field caused him to leave the game.

Biletnikoff never again reached the 21.9 yards average that he put up in 1967, but he had an exceptional 14-year career with the Raiders that culminated with his induction into the Pro Football Hall of Fame in 1988.