The Packers may have won Super Bowl I…

The Packers may have won Super Bowl I… 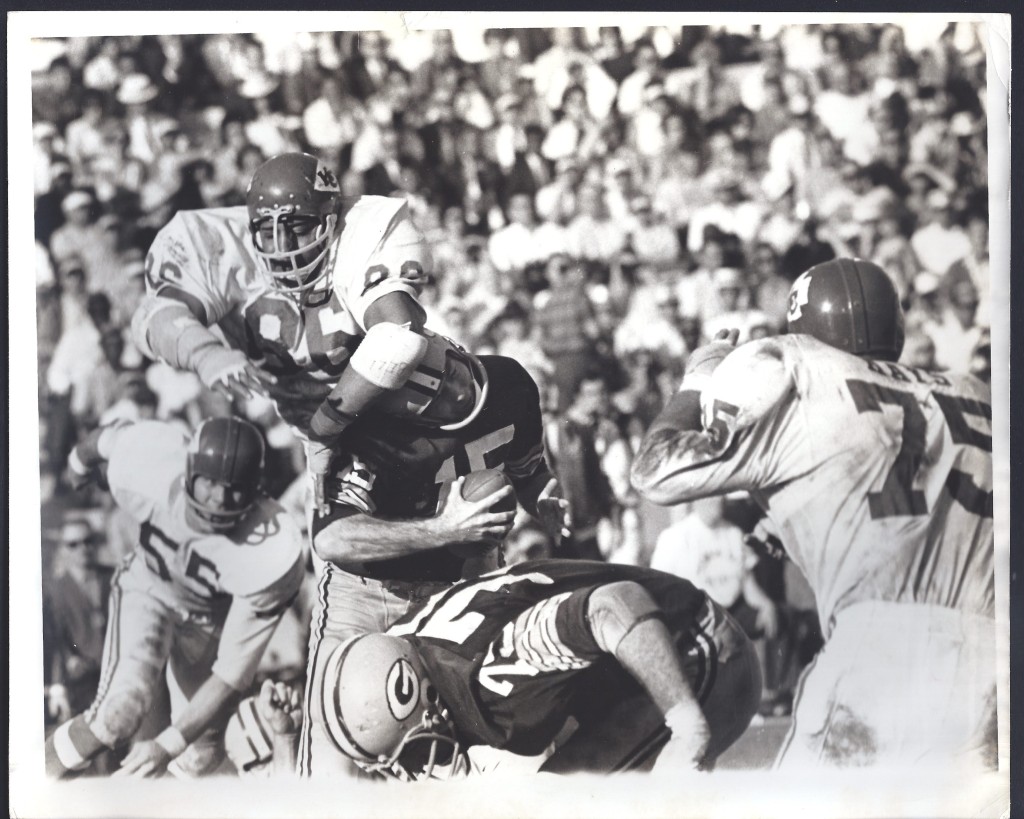 …but the Chiefs didn’t go down lightly.  Here Buck Buchanan puts a walloping on the Packers’ Bart Starr, while Jerry Mays closes in from the other side.  Just one of several Super Bowl I & III images that have been recently come available due to the selling off of old newspaper archives.