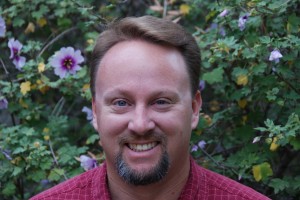 My name is Todd Tobias, and I grew up a sports fan in La Mesa, California. After realizing (at an early age, sadly) that I would not be a professional athlete, I was determined to still make my living in sports. Coupling a love of sports with a passion for history, I began amassing an overall knowledge of sports – events, stats, memorabilia, etc.

I entered graduate school in 1997, and while interning with the San Diego Chargers, began to write my thesis on former Chargers coach, Sid Gillman. The project opened my eyes to the American Football League, and I instantly became wrapped up in the history of the league. After I completed the University of San Diego’s Master of History program in 1999, I immediately began work on Charging Through the AFL; Los Angeles and San Diego Chargers Football in the 1960s, which was published in 2004.

After graduate school, I spent several years as the curator of The San Diego Hall of Champions Sports Museum, where I guided the research and construction of museum exhibits of all sizes and subjects, including the 1,000+ square foot football exhibit, of which a significant portion was dedicated to the AFL and the 1960s Chargers. Over the years my expertise has been sought by professional teams, individual athletes and memorabilia collectors for both public and private work. I have archived large collections of photographs and memorabilia, set up display rooms in homes, assisted in the sale of memorabilia collections, decorated team offices, and designed public exhibits.  My work has been referred to, and published in numerous newspapers, magazines, web sites, on radio and television.

Tales from the American Football League is an outlet to share my love for the AFL with football fans around the world. My goal is to “edutain” (educate + entertain) football lovers with stories about all things AFL. Whether you come here to rekindle old memories of players gone by, or to learn something new about this fascinating period of football history, I appreciate you visiting Tales from the American Football League.  Enjoy!