A Place in the Desert

Home/AFL, San Diego Chargers/A Place in the Desert
Previous Next

A Place in the Desert

The Chargers 1963 training camp at the Rough Acres Ranch in Boulevard, California, has been the stuff of legend in San Diego since the Bolts came down out of the desert in September ’63, and commenced to making mincemeat of their AFL counterparts.  Even the Boston Patriots and their “red dog”-infested defense couldn’t contain the Chargers that season, as San Diego won their first, and only, professional football championship.

In an article for the September 2, 1972, issue of Pro! Magazine, longtime San Diego Union sports reporter, Jerry Magee, recalled those days out in Boulevard, and the fun, follies and football that happened in place called Rough Acres. 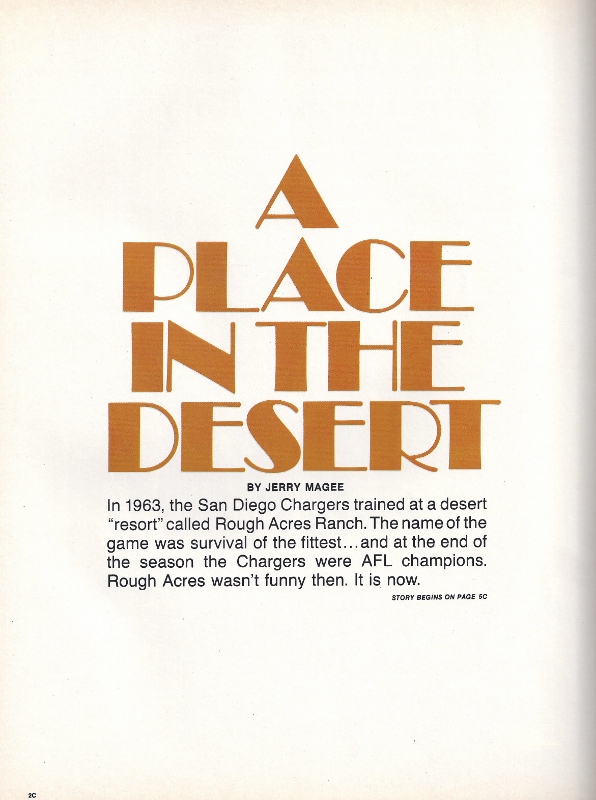 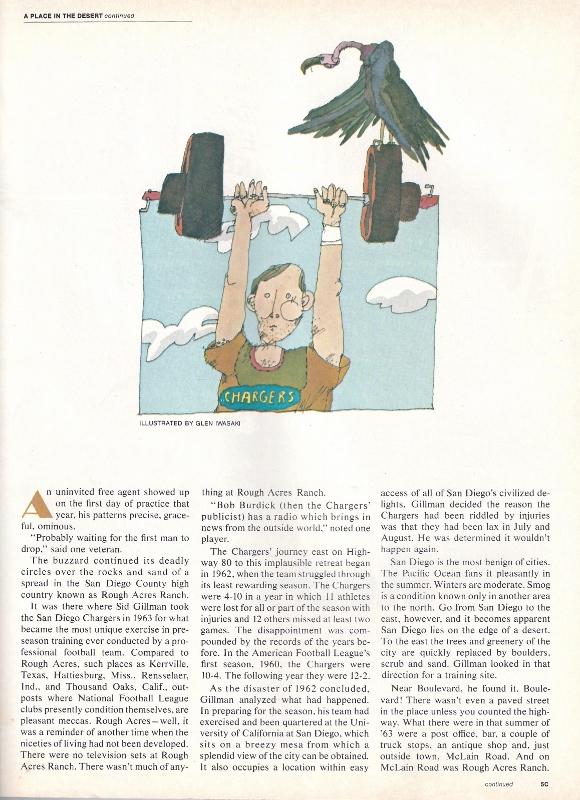 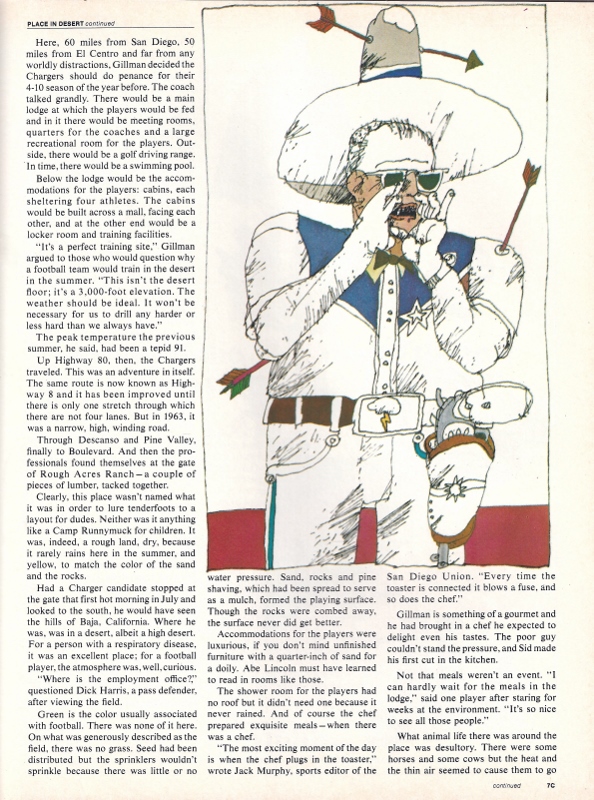 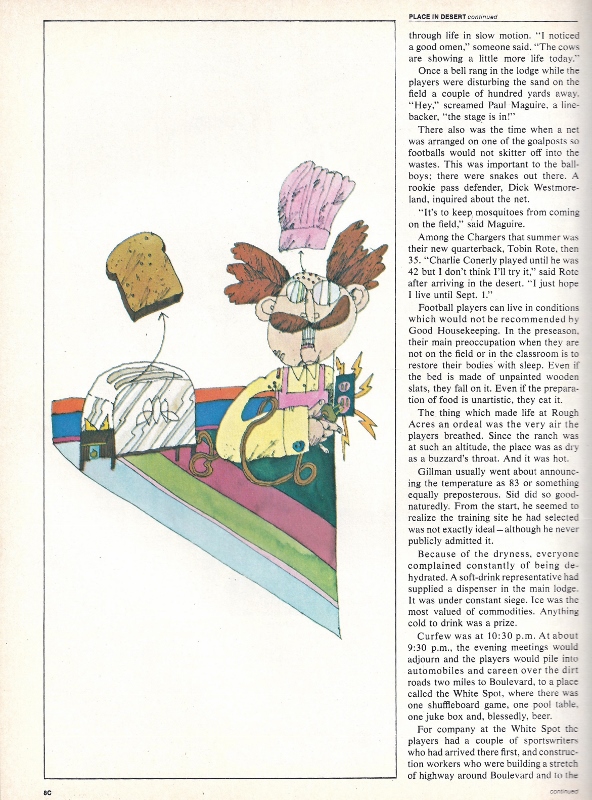 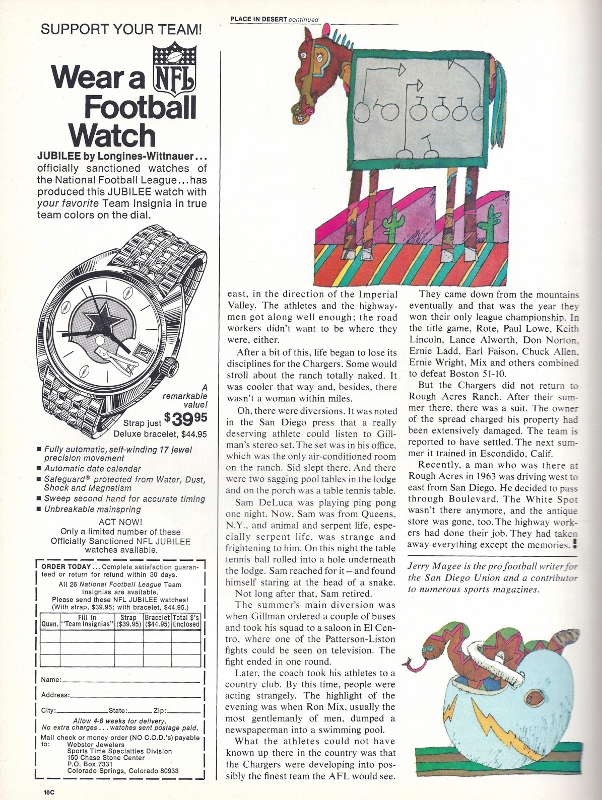