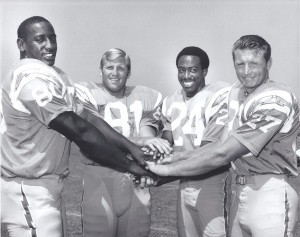 The fall of 1961 was the time when big-time football came to San Diego.  The Chargers left their Los Angeles home after one struggling season, and moved south to the friendly confines of San Diego’s Balboa Stadium.  Additionally, up on Montezuma Mesa, a man named Don Coryell left his spot as an assistant at USC, to take over the Aztecs of San Diego State College.  With Sid Gillman and Don Coryell holding the two top football positions in the area, San Diegans no longer had to rely on Hoover vs. San Diego High for their gridiron excitement.  The programs that these two coaches constructed are still noted by experts across the country as the foundations by which modern football is played today.  The connection between the two programs also produced a number of fine former Aztecs that became Chargers in the old AFL. 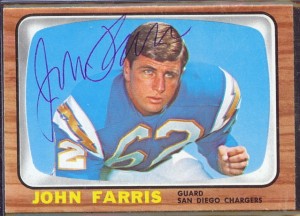 Mario Mendez was the first former Aztec to play for the Chargers of the American Football League, when he joined the team as a receiver in 1964.  From that point, it seemed that one or two former Aztecs were drafted by the Chargers each year, and many had long, productive careers that began in the AFL. 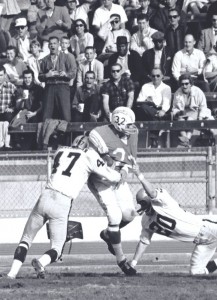 After moving down from L.A., the Chargers won AFL Western Division championships in 1961, 1963-1965.  During Coryell’s reign, the Aztecs totaled 104 wins, 19 losses and two ties, while putting together undefeated seasons in 1966, 1967 and 1969.  Both coaches based their offensive attacks on the pass, and in doing so designed the basis for the modern day West Coast Offense, and such derivations as the “Greatest Show on Turf,” that the St. Louis Rams employed for three NFL MVP awards, and a Super Bowl victory in 2000. 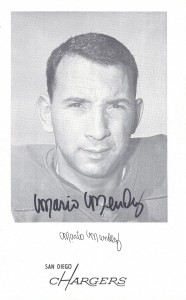 “It goes way back to when I decided that running the ball isn’t going to win for you,” Sid Gillman recalled.  “You had to have a good passing attack and some good ends that can catch the ball and quarterbacks that can throw the ball.  And the key to the whole thing was scoring points.  You can score faster, quicker by throwing the ball than you could any other way.  This fascinated me.”

Coryell felt the same way.  “I knew a little bit about the spread formations…  Obviously we wanted to win so we just started throwing the ball.  It worked pretty well for us.  We went 11-0 that year and were number one in the nation.”

Excitement and a desire to score a lot of points.  After leaving the posts in San Diego, Sid Gillman and Don Coryell took their philosophies to other teams, and found success in these new areas as well.  Gillman went Houston, and turned around a miserable Oilers team.  From there he labored as a “special offensive assistant” with the Chicago Bears, Philadelphia Eagles, the L.A. Express of the USFL, and a couple small colleges.  When Gillman died in 2003, at the age of 91, he was still receiving game film from a handful of NFL teams that still valued his opinion on offensive theory. 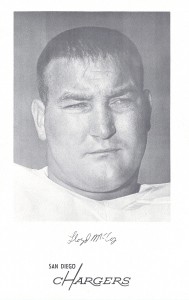 Don Coryell left SDSU for the NFL’s St. Louis Cardinals.  As he did with the Aztecs, he turned the Cardinals into winners almost instantly.  And when his time with up in St. Louis, he returned to San Diego, this time as head coach of the Chargers, and implemented the most exciting offense of the 1980s, famously dubbed, “Air Coryell.”

It should come as no surprise that the two Chargers coaches who have won more games than any other coach, are Sid Gillman (86 wins) and Don Coryell (69 wins).