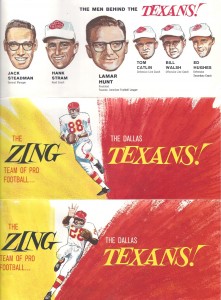 While the Boston Patriots were charging $35.00 for a season of reserved seats in 1962, fans of the Dallas Texans could attend all seven home games for just $31.50.  That works out to $239.36 in 2012 dollars.  In the end, the Texans would have likely been the better investment, as they finished the season with an 11-3 record, and first place in the AFL’s western division.  They faced the Houston Oilers in the championship game, who were trying to win their third-consecutive league championship.  The game went down as one of the great championships in league history, as the Texans and Oilers held a 17-17 tie through five full quarters of play.  Then, with just over 12 minutes left in the sixth quarter, Texans kicker, Tommy Brooker, booted a 25-yard field goal to steal the title away from the Oilers.

But even a championship could not keep the Texans in Dallas.  The following year they started the 1963 season in Kansas City, under the new name of “Chiefs.” 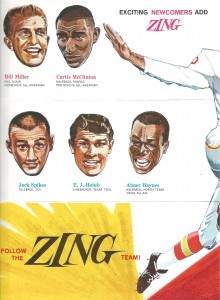 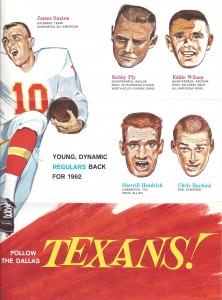 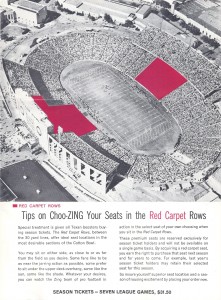