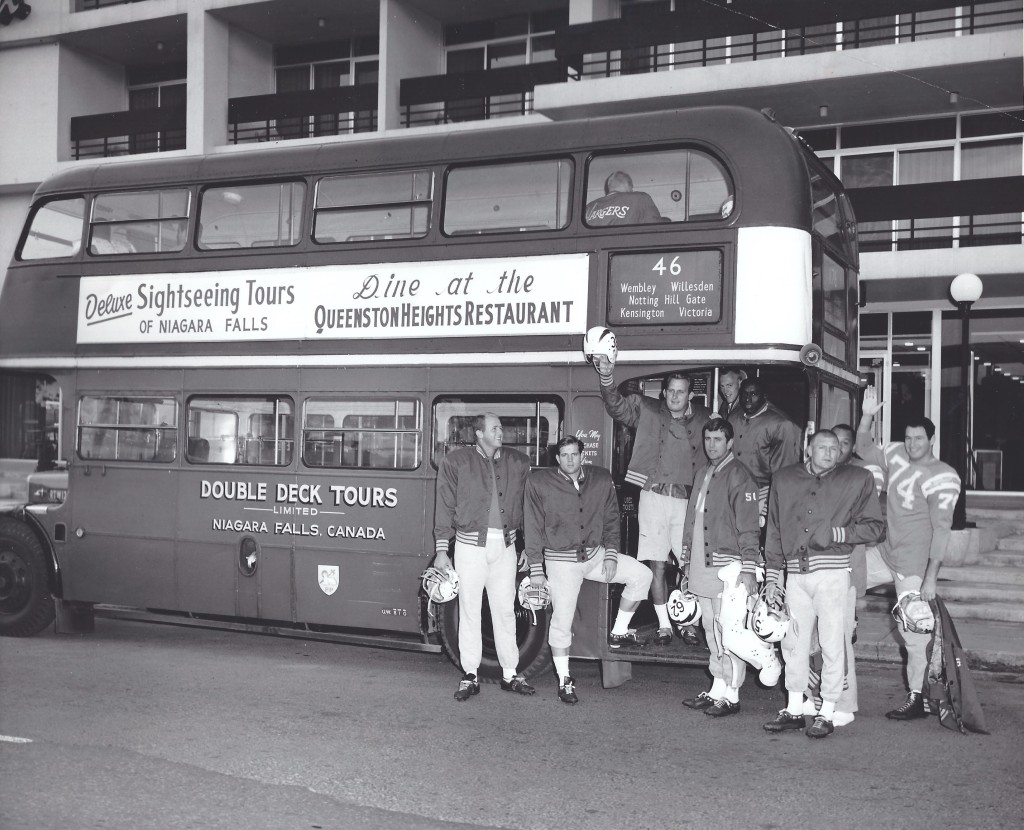 The Chargers get ready to leave for the practice field.

There are an abundance of photos that speak to the overall simplicity of the American Football League.  While teams still had to transports a 33-man squad, plus coaches and staff on the road, there was a lot less fanfare than there is with contemporary teams and players.  I have always enjoyed this photo for just that reason.

Each season the Chargers would go on what they called their “East Coast Swing.”  As a means of saving money and minimizing jet lag, the team would fly east and typically play three games (Buffalo Bills, Boston Patriots, New York Titans/Jets) over a two-week period before returning to San Diego.  They often stayed at the Bear Mountain Inn near Niagara Falls, and took quick trips into the cities for games.   While these road trips were undoubtedly difficult for wives and children of players who had to live without their husbands and fathers for a couple of weeks, the players typically enjoyed the trip and all of the hijinks that could be crammed into two weeks on the road with teammates.

In this photo, several Chargers players are boarding an old double-decker bus that would shuttle the team to practice.  From left-to-right are Paul Latzke, Rick Redman, Jacque MacKinnon, John Farris, unidentified, Frank Buncom, Dick Degan, Ernie Wright and Ron Mix.  The other thing that I find fascinating about this photo is that the players traveled in uniform, meaning that there was no locker room facilities at the practice field, which was often simply a public park or high school field.  Can you imagine modern players practicing at a public park?  Professional football has come a long way in the past 50+ years.  Contemporary players should be grateful that these men paved the way for them.