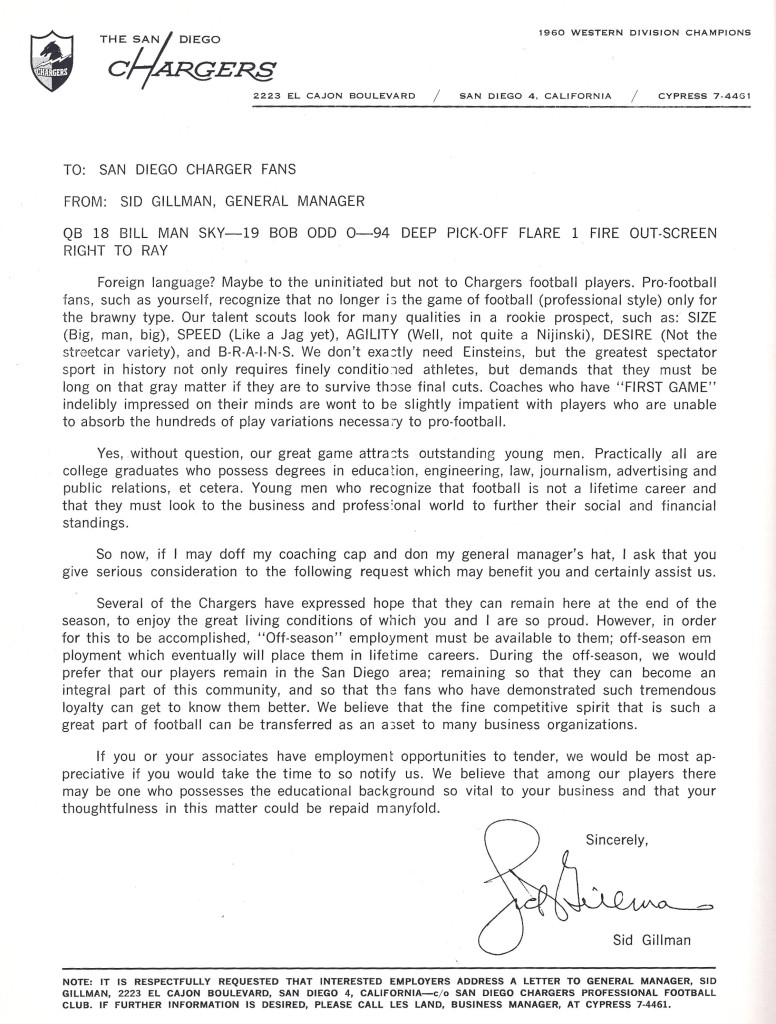 As many fans understand, professional football was not always the lucrative career choice that it is today.  It is only in recent decades that off-season employment was not a necessity for professional football players.  The AFL years were no different, and shortly after receiving their last game check of the season, players quickly assimilated back into everyday life and assumed positions as school teachers, construction workers, and any number of other “regular jobs.”

The 1961 San Diego Chargers players were no different, and in fact, were at a greater disadvantage than most.  Having played the previous season in Los Angeles, most of the Chargers had no contacts for post-season employment at the send of their first year in San Diego.  As such, Chargers coach Sid Gillman stepped in with a  bit of assistance.

In the latter half of the 1961 San Diego Chargers home game programs, Gillman had included the above letter, with a not on the programs’ front cover stating, “IMPORTANT!  AN OPEN LETTER: To All Fans from General Manager Sid Gillman.”

It was a nice gesture on Gillman’s part, but I suspect, not 100% altruistic.  With his players employed in San Diego, Gillman could keep better tabs on them, ensure they were staying in reasonable shape, and perhaps drag them into the team offices for a film session or informal workout.