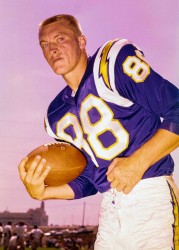 I got an email the other day from the family of former Chargers receiver, Don Norton. Don’s brother, Dennis, mentioned how he reads all of the Tales postings and went on to discuss some things that had been done around their hometown of Anamosa, Iowa, to remember Don.

Just wanted you to know that my brother Steve and I wanted to keep our brother Don’s spirit alive and well in the town he grew up in, Anamosa, Iowa. The results were from a scoreboard that was moved to an elementary gymnasium to a monument built at the football field where Don starting playing his high school football career. Remembering “Don Norton’s Football and Athletic Career” was our goal. Nearly 100 individuals helped and / or donated to this memorial. If you include spouses or significant others that number increased dramatically. This included folks from Kentucky, California, Nebraska, North Carolina, Virginia, Florida, Minnesota, New Mexico and even from a friend who lives in Manila, the capital of the Philippines. In Iowa, we received contributions from individuals living in sixteen cities; fromDes Moines, Iowa to Guttenberg, Iowa to Fairfield, Iowa. The help from individuals building this memorial was nothing but awesome; they dug holes, shoveled and racked rock, helped with the landscaping and much much more! Those individuals even included many members of the 2017 Anamosa ‘Blue Raider’ Football Team!

I hope you don’t mind this email which shows you a different way a family “preserves the legacy of the AFL” and the earliest days of a player who was “An Original Charger”.
Remembering Don Norton now stands for all the young players who will walk by his memorial at a Small Town USA Football Field, look at Don’s image and read about his athletic accomplishments.

Finally, a note that Don would have turned 80 years old yesterday (March 13); miss him deeply! Thanks for your efforts in keeping the AFL Spirit alive and well.

Don Norton was a seven-year Charger, from 1960-1966.  Very durable, he played in all 14 games each season with the exception of 1963, in which he suffered a back injury while lifting weights in training camp.  This resulted in his missing seven games that season.  Norton was a two-time AFL All-Star, who averaged more than 15 yards-per-reception, and scored 27 touchdowns during his career.  He played in each of the Chargers five championship games, and scored a TD in their 1963 victory over the Patriots. 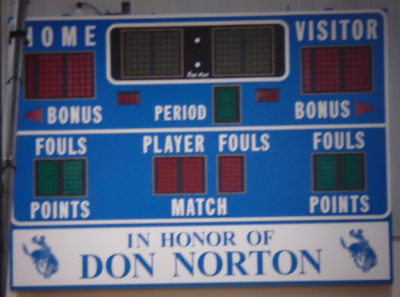 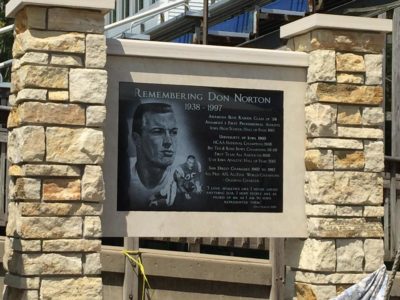 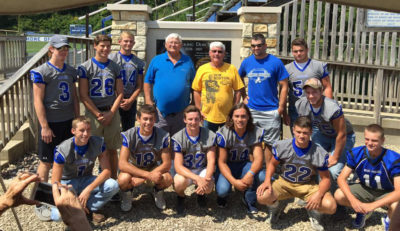