Amidst hall of fame teammates on offense, defense and special teams played a defensive tackle for the Kansas City Chiefs by the name of Jerry Mays. Standing 6’4″ and weighing in at 252 lbs, the Dallas Texas native became a local hero when he signed with the hometown Texans out of Southern Methodist University.

By all accounts Jerry Mays was a special person. A phenomenal player with a work ethic that set him apart from most others, he quickly became one of the league’s best at his position. He earned First Team All-Pro honors in just his second season, and was honored with the first of his seven trips to the AFL All-Star or NFL Pro Bowl Games. In fact, so beloved was Mays that when he considered retiring early to join his father in the construction business, a local dairy printed a form letter on the side of milk cartons that fans could sign and send to Mays. He was inundated with requests to rejoin the team, and soon ended his thoughts of leaving the game.

Still a young man when he was first diagnosed with cancer, Jerry Mays fought the disease for several years before finally succumbing in the Summer of 1994, at the age of 54.

Kansas City Chiefs owner Lamar Hunt sent out a package to Chiefs alumni following Mays’s funeral. Each envelope consisted of four pages – a letter from Lamar and Norma Hunt, a copy of a poem written by Jerry Mays, and two articles that talked about his importance to the franchise that he helped build. You will find the contents of the package below. After reading them it is easy to see how much Jerry Mays meant to his friends and teammates, and how his loss affected the entire team.

***Click on any of the following images to enlarge*** 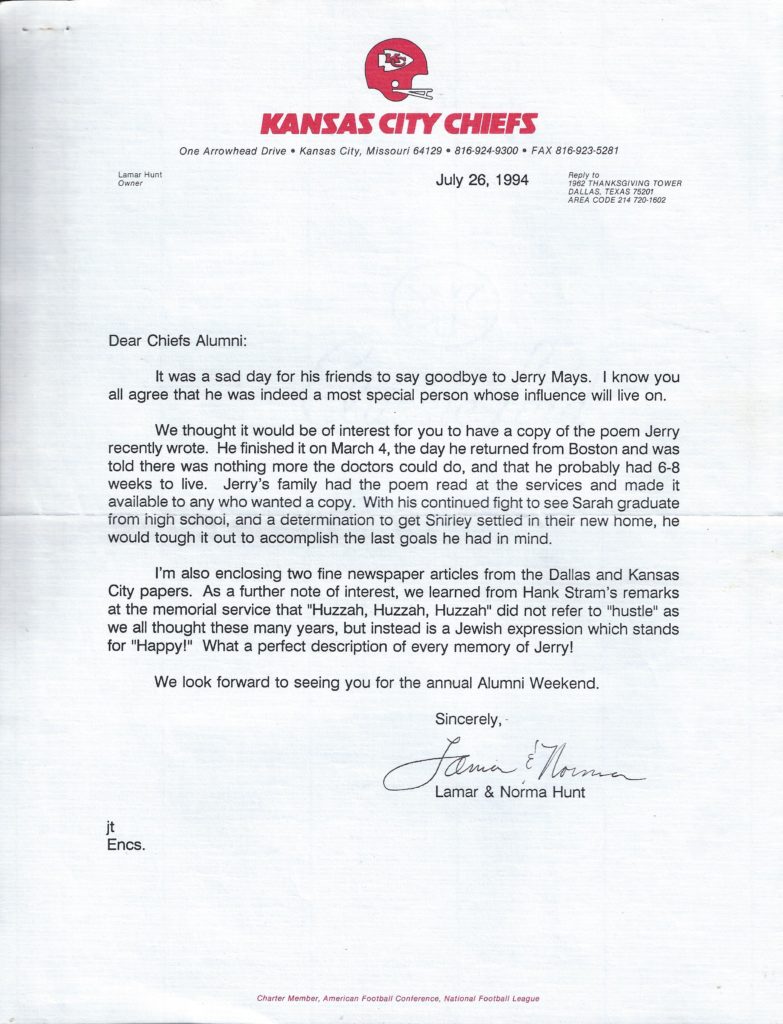 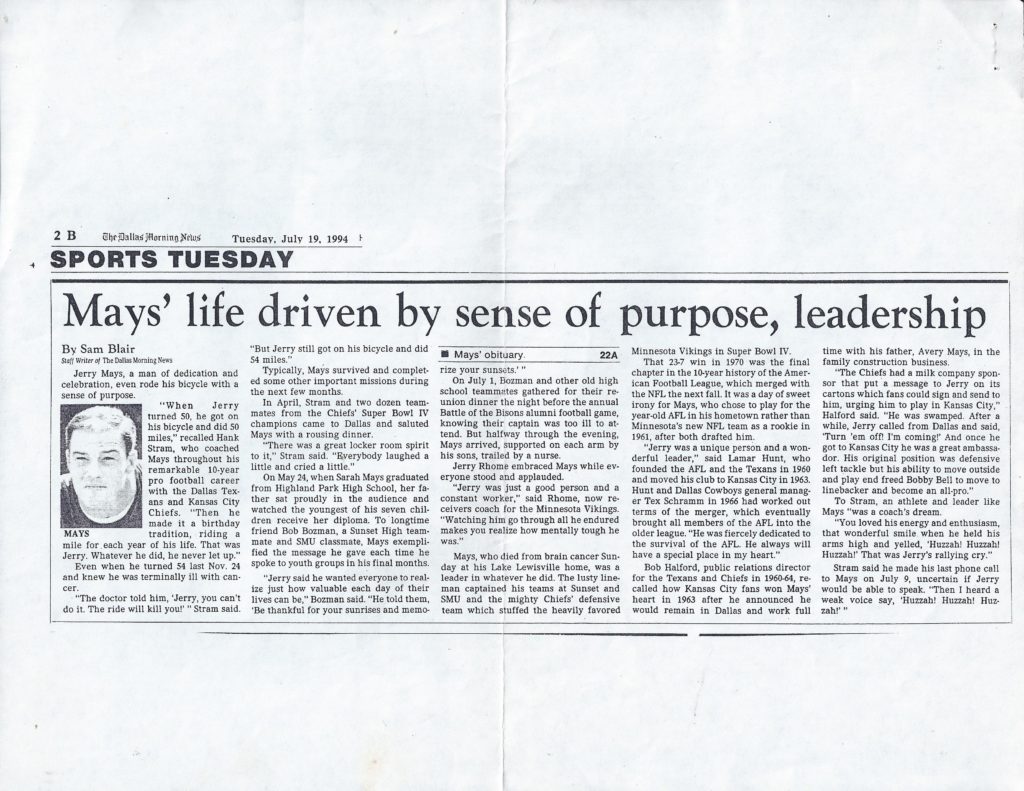 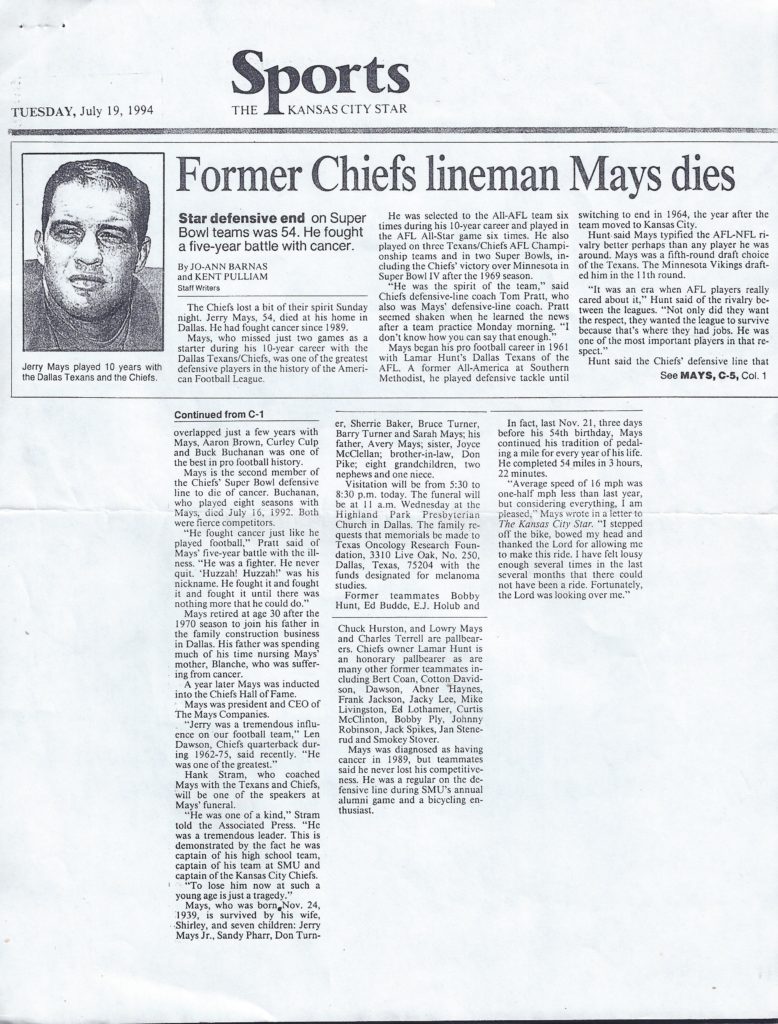