The Most Impressive Coaching Staff, Perhaps Ever!!!

The Most Impressive Coaching Staff, Perhaps Ever!!! 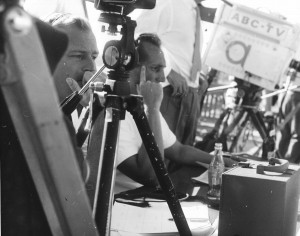 Chuck Noll and Al Davis work from the booth as the Chargers face the Raiders on September 30, 1962.

One of the interesting things about the AFL is that many coaches that went on to prominence in the NFL got a heads-up in their career with the American Football League.  The Los Angeles and San Diego Chargers in particular had a very impressive grouping of assistant coaches over the years.  Head coach Sid Gillman demanded a lot out of his assistants, and as a result, hired the brightest and hardest-working individuals that he could find.  The result was team that played for the league championship in five out of the first six AFL seasons. 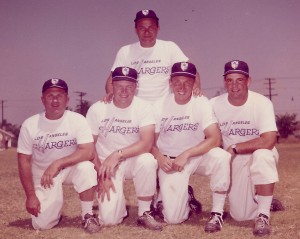 The Chargers first coaching staff may just be the most impressive staff in professional football history.  That 1960 Chargers staff featured Sid Gillman as head coach, Al Davis as End Coach, Joe Madro as Offensive Line Coach, Jack Faulkner as Defensive Backfield Coach and Chuck Noll as Defensive Line Coach.  Looking at these men individually gives a good idea of their ultimate importance to the game.

SID GILLMAN – Hall of Fame Class of 1983 – Known as the Father of Modern Offensive Football, Gillman’s contributions to the game include hiring the first strength coach in pro football, developing the use of film study as a coaching tool, and stretching the field offensively with his Field Balance Theory.

AL DAVIS – Hall of Fame Class of 1992 – Took over as head coach of the Raiders in 1963, and named AFL Commissioner in 1966.  As Managing General Partner of the Raiders, his teams won five AFL/AFC championships and three Super Bowls.

CHUCK NOLL – Hall of Fame Class of 1993 – Became head coach of the Pittsburgh Steelers in 1969, and won four AFC championships and Super Bowl titles during his years.  Was known as a shrewd judge of talent, and selected an unprecedented four future hall of fame members in the Steelers 1974 draft – Lynn Swann, John Stallworth, Jack Lambert and Mike Webster.

JACK FAULKNER – After leaving the Chargers, Faulkner spent the next 17 seasons in some AFL or NFL coaching capacity.  After his coaching days ended, he moved into the Los Angeles Rams front office where he applied his renown talents to the selection of new players.  He worked with the Rams up to his death in 2008, spending some 48 years in professional football.

JOE MADRO – Joe Madro coached Sid Gillman’s offensive lines at the college and professional levels for some 30 years, and spent 17 after that int he scouting department of the Oakland Raiders.  He retired having spent more than 50 years in football.

That is an impressive grouping by any standards, but made even more so by taking the following facts into consideration:

This Chargers staff remained intact for just two years, 1960-1961.  Jack Faulkner became head coach of the Denver Broncos in 1962, and then Al Davis took over the Raiders in 1963.  Gillman replaced them with competent men, but nothing that could compare to those first two seasons.