After defeating the San Diego Chargers by a score of 20-7 in the 1964 AFL Championship Game, the Buffalo Bills made a few changes to their roster.  The most significant adjustment was trading away star running back, Cookie Gilchrist, to the Denver Broncos in exchange for fullback, Billy Joe.  With their retooling complete, the Bills began the 1965 season right where they had left off the season before.  Led by star quarterback, Jack Kemp, Buffalo moved through the league at rapid pace and finished the regular season with a 10-3-1 record.  They again faced the Chargers in the AFL Championship Game, this time shutting out the western division champs, 23-0, in San Diego’s Balboa Stadium.

In terms of collecting a fully autographed team set, the 1965 Buffalo Bills provide collectors with a fair number of challenges.  At the time of this writing, there are four deceased players from the 1965 Bills set – Tom Day, Jack Kemp, Tom Sestak and John Tracey.  While none would be considered easy to find, Kemp (deceased 2009) would likely be the easier, though possibly most expensive.  An example in nice condition will likely run close to $200.  Tracey will probably prove the most difficult to find, as he passed away in 1978.  Sestak (deceased 1987) and Day (deceased 2000) were both popular players, and while their signed cards are available, they still provide a challenge and are highly sought by Bills collectors.

Of the players that are still living, Pete Gogolak, Billy Joe and Tom Keating are typically the most difficult to get.  Gogolak and Joe are intermittent signers through the mail.  Keating, an oenophile, spends a great deal of time in France each year.  Daryle Lamonica seems to be a streaky signer through the mail, but usually does a couple of paid signings each year, and Billy Shaw requires a small donation which he turns over to one of his favorite charities.  The remainders are rather reliable signers, typically returning requests within a week or two. 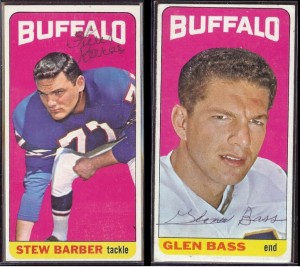 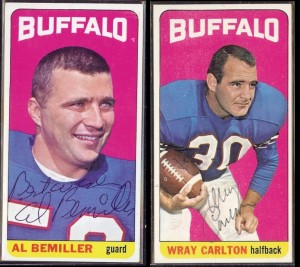 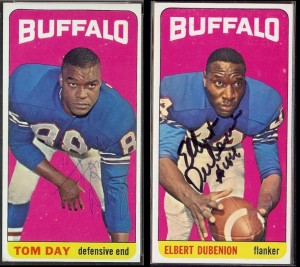 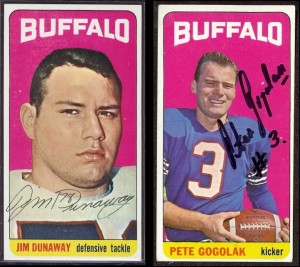 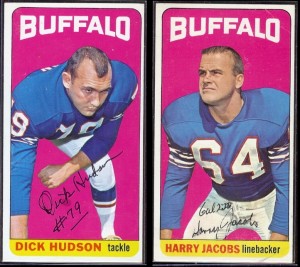 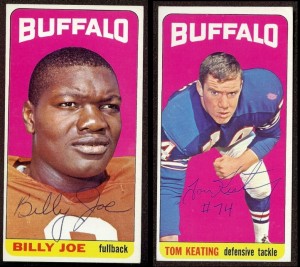 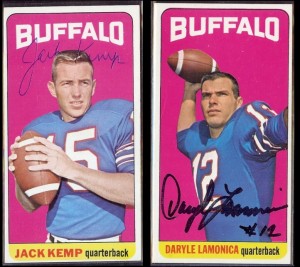 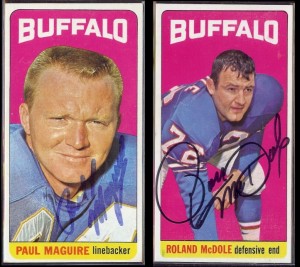 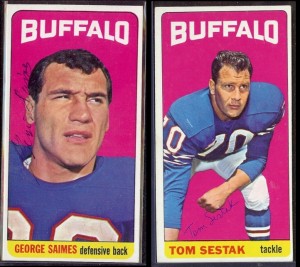 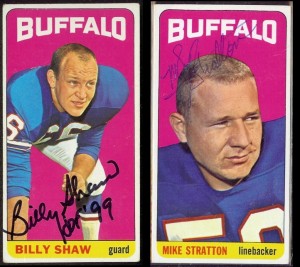 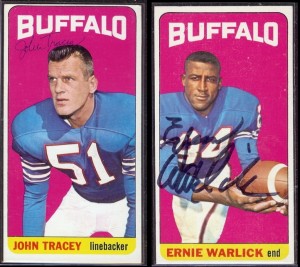