On Friday, October 12, 1962, in a game between the Dallas Texans and Boston Patriots, receiver Chris Burford hauled in 10 receptions for 171 yards and a touchdown.  For his efforts, Burford was awarded a game ball.  When I met with Burford recently, he showed me the ball, which displays neatly in his home office.  Below is the game summary from that game (via www.pro-football-reference.com), which the Texans won by a score of 27-7. 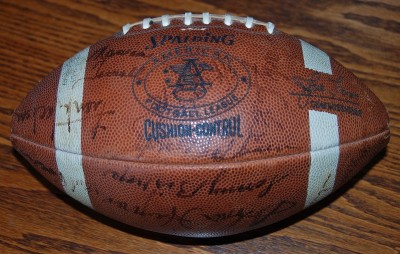 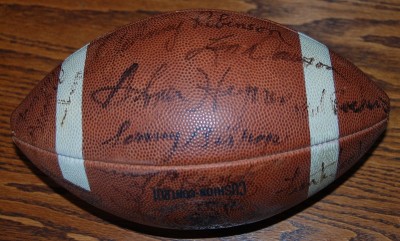 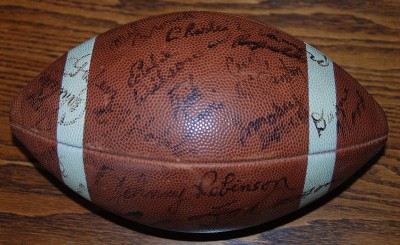 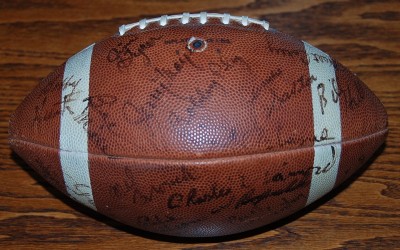