The Big Cat at the Big Eat

The Big Cat at the Big Eat 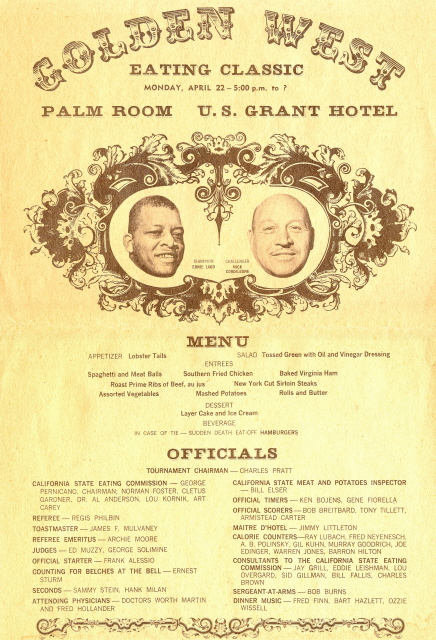 In a fun reminiscence for The San Diego Union-Tribune, columnist Logan Jenkins detailed a great story about the Golden West Eating Classic which was held to raise money for Children’s Hospital in 1963.  Famed Charger eater and defensive lineman Ernie Ladd faced Nick Cordileone, “a genial 48-year-old, 270-pound fisherman known up and down the Pacific as the most prodigious eater of the tuna fleet.”

The event was organized by a who’s who in San Diego, and emceed by a young television man by the name of Regis Philbin.

BIG EAT WAS AN ALL-STAR FEAST 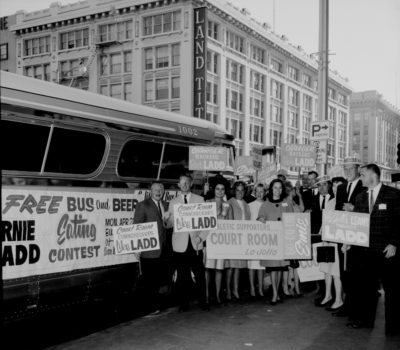 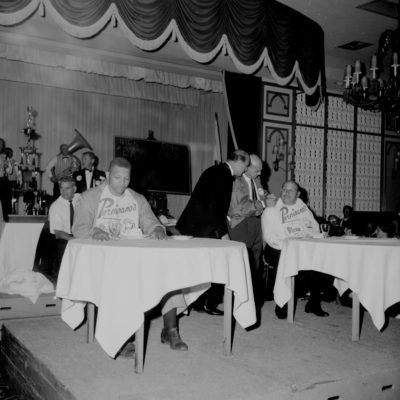 The competition is underway. 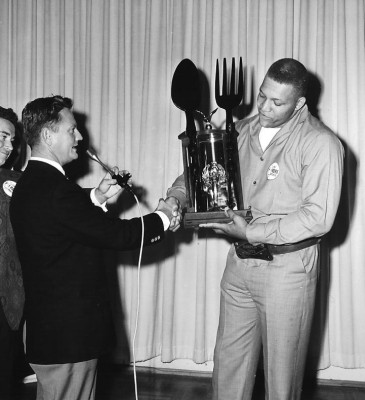 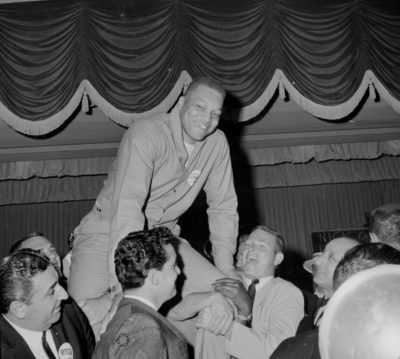 Victorious Ernie Ladd being led away on the shoulders of his fans.