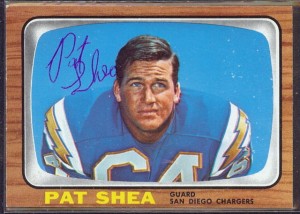 I have been informed that former San Diego Chargers offensive guard, Pat Shea, passed away Wednesday night after suffering a heart attack.  He was 73 years old.  I will add an obituary when one becomes available.